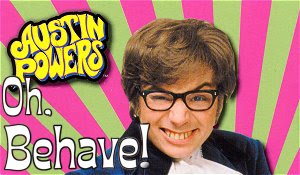 So the religio-righteous keep using the behavior line instead of orientation. Nice try, churchies. Nice try. That way, you can label it a sin because it is something you DO versus someone you just ARE.

Screw you. That's "behavior" for fuck off, I'm a person not an act.

1.manner of behaving or acting.

a.observable activity in a human or animal.
b.the aggregate of responses to internal and external stimuli.

4.the action or reaction of any material under given circumstances: the behavior of tin under heat.

1.the act or process of orienting.

2.the state of being oriented.

3.an introduction, as to guide one in adjusting to new surroundings, employment, activity, or the like: New employees receive two days of orientation.

4.Psychology, Psychiatry . the ability to locate oneself in one's environment with reference to time, place, and people.

5.one's position in relation to true north, to points on the compass, or to a specific place or object.

MMMMMmmmm. Objects.
So for further fun, have some fun exploring the hilarity on this topic when you ask Jeeves if he's gay:
http://uk.ask.com/beauty/Homosexuality-Definition