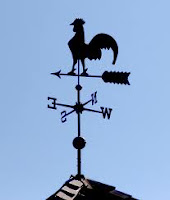 You gotta love the Right being so wrong about taking it up the ass.

I learned today the underbelly of the opposition is composed mostly of flat. For starters, there's the medical, psychological, and social science studies to prove it is no choice one makes at all. Here's the official APA page on it:


If it's a choice, then what the hell is coming out of the closet? Is it a SECRET choice? If it's a choice I made, then what glorious day did I get up and decide it would be cool to be harassed and beaten up all through school? When did I pull the vending machine lever for the real ugly wrapper, the unsatisfying candy bar that says - yeah this is a good one to choose for a bit of the ol' different!. Eat up, loser! And... NO CHANGE GIVEN.

Wouldn't I have chosen the easier way to the Prom? When did you choose to be straight? The insipid and broken record claim that I constantly want, and give into, the very sinful chocolate cake everyone else on the deity diet refrains from, is a dead giveaway the pot is indeed calling the kettle gay. Or coloring it that way I guess.

I think Dan Savage said it best when he wrote to Herman Cain back in the ElaphantusRex debate circus that is still largely trapeze act despite Mitt Money, er, I mean Romney. Anyway, the Herm said that to be gay means you make a choice about it. Dan wrote to him and said, if it's a choice, choose it right now and then suck my dick. He did! Needless to say we never got the film on that one.

Fact is, it's been known since the 70s scientifically and medically that "gay" is no disorder at all, and simply one facet of the broad natural spectrum of sexual "behaviors," among man and beast alike. Now I'm definitely vocal about what "I'm into," any of my friends will tell you that. Let's just say sticking things up bottom bound is not my thing at all - but I am still quite the sucker for a wooden spoon - to lick the frosting on the cake anyway.

Because, as we all know, you can't have your cock and eat it, too.

The haters all say the same tired thing - that I just am weak in the knees and give into desire. I should be more disciplined (is ANYONE following these wondrous jokes?) Last time I checked that was in the Constitution too - pursuit of happiness. I see now they meant a never-ending race.

What does it matter, really? 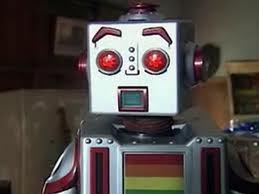 We all hated polarized plugs and the three-pronger thing, but the alarm clock and TV are running just fine today. It adapted.There are enough breeders to make the babies, trust me. Why all the focus on penis penis pumpkin pie? Call it folly, but perchance the frat hazings never fade away. Perhaps the lusts of youth denied by a lovely home and office job really frustrate the one blowing in the back alley, and that has made for some very VERY angry torchbearers lately, and I don't mean the ones like Lady Liberty carries alight.

My thing is - men are men are men... are pigs. No matter the song or stage. In prison it's pretty gay. But those inmates were quite straight when they went in, weren't they? And so straight when they get out that they don't head to the disco but right to the district instead, red lights and all. See? They stuck it in and bent over just like in your bawdy brain, and here they are back to the broads on release.

I dunno, maybe they chose TWICE, because that's what freedom is all about. The freedom to choose.