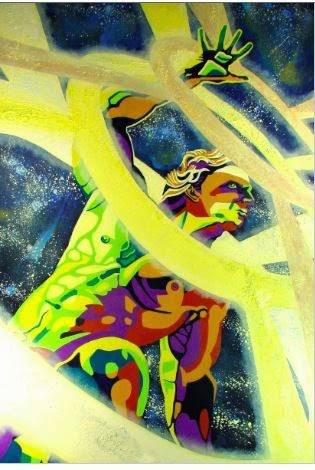 Wow. At least I'm not the only artist out there who is understanding more every day why fags are such a threat. Elite is not the Alpha. The work of gay artist and poet Richard Frechette echoes so much of my polarity in soft als and raging war these days.

Gay, yes I said it. Only there is no agenda. Other other than a buried one in UFC hardons Hollywood has in blood on canvas instead of paint and frottage between straight friends soon to be engorged but not married disguising any arousal with laughter and shoulder bumps. That and raping whole villages of men and boys for the politics of cartel monopoly on Usury. Well, use me! Violent sex is stronger then guns, bombs and even pen. Pixel, I'm afraid is quite the dangerous faerie in digital form, but soon binary screams exit and the Whole Circuit goes L I V E.

Not freak behavior or un Natural we already left in its naming. Nope. The fear the squeeze of the Shaman. The ones true to Intuition despite shame. Men brave enough to abandon Martial Law, Art and whatever else and just see men as they relate to the question of life, not its meaning. Truly, the Elite fear us as new shaman because for us, ritual, power, and worship triangulate about Man instead of "God." Somehow the witchdoctors didn't get massacred with indigenous everywhere in Imperial slaughter, and they have called on the sheep themselves to purge us from Communion.

To understand that our human limbs surround His life tree. temple a five, but make no star on flag or van line or penta gone, but now sing through Giza and the Dogstar as relief goes the Spell on midpyrya , a Ray of His power in radiance around the Heart that must penetrate to pollinate His imminent coming.

And all we get from Holly CNN FoxWould are mixed up boys beatin tiny babies and bashin queerface the mirror in the Ruskie streets, Sahara Christian wrap tirefires, and various States of confusion not wanting us bled out for a transfusion.

Kinky is the better tether when the pull tightens rope. 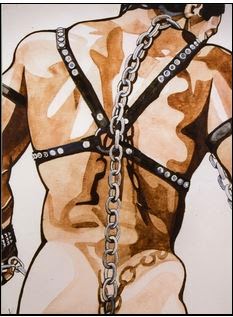 Looking at these almost Crowleyesqe colored plates, I can already see Putinfumin. Too late though, enough know. Already the evidence seeps into the underworld from your doubting swamps of timid beasts believing they are men, and gay men the new O2 to Hydrogen.

Holster here that Magick wand. Homo soon! Not pride. And screw bedrooms closed of door. Ironically it is the faggot on whom all men will have to pin Hero as the quest to regain our true yingityyangity devining rod of masculine-prince-king power is restored to its beating Mayan purity. Will it on the willing ones and none other.

Not kicking it out of grandma's Middle Eastern smile with a combat boot.