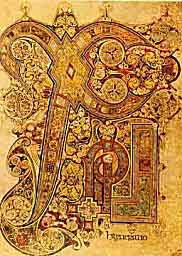 Email ThisBlogThis!Share to TwitterShare to FacebookShare to Pinterest
Labels: The Bible

I have a binder full of texts from my Gender, the Body and Sexuality in Christianity. There are some interesting greek words Paul uses, that arguably may apply to homosexual practices. You are right about the biblical jesus. Early Christianity is a revisionist myth, like George Washington and the cherry tree. 1st and 2nd Christianity should always be referred to in the plural. Christianity was not a monolith Berashith. ;)
Poor Christianity was abused, by Rome (although not even close to the extent of common belief), and when absorbed by Rome, it became the beaten child turned abusive parent. Had Jesus not been killed by Rome, he surely would have been slain by his Loyal Followers. Hate the sin, love the sinner? Fuck that. Show me sin, and if it harm no one... empirically, then blow it out your ass.

Good page of bible quotes from my professor. Funny at the bottom. Ah, college in Oregon. Paradise.

more for your (gay) head.